the wonderful team at monachetti provided eric and i with our wedding videography (they did the wedding video for lisa loeb). they are a great group of guys and presented us with the first part of our wedding video. it was released on weddingchannel.com, and here is the full version that was posted on monachetti' blog. it seriously took my breath away! i cannot wait to see the rest of the video! so if any of you happened to stumble on my site and are planning your wedding, i highly recommend monachetti! you will not be disappointed!

Posted by Unknown at 6:02 PM No comments:

eric and i just came back from our honeymoon last night. for 9 nights, we were aboard the grandeur of the seas destined to stop at four eastern caribbean islands. this was my very first cruise, so i really wasn't sure what to expect. upon arriving to the port, i was simply amazed by the cruise ship, which i later overheard people say was not one of the bigger ships. 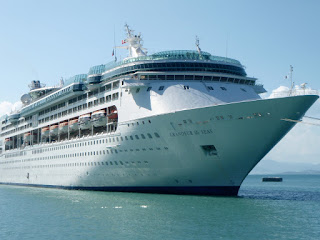 upon arriving to our stateroom, we received a pleasant surprise from eric's mom. she sent us red velvet cupcakes, which was just the kickoff to our next few days in the all-you-can-eat wonderland: 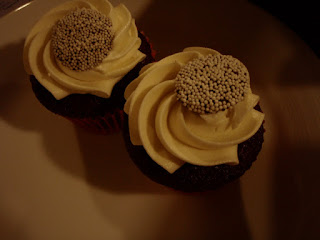 we spent the first two days at sea before we arrived in san juan, puerto rico. it was actually really nice to explore the boat, and have absolutely nothing to do. you can imagine how relaxing it was. in san juan, we visited the two old fortifications and roamed the downtown area: 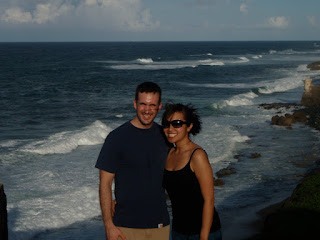 our next stop was st. thomas. st thomas had tons of excursions to offer, but eric and i decided to just be beach bums and hang out at megan's bay, rated one of national geographics top ten most beautiful beaches.

the next stop was semana, dominican republic. eric and i had vacationed at an all inclusive resort in punta cana before, and after this stop, we decided the DR was not for us. it is a beautiful island, but we've had our fix of it.

the last day was without a doubt the best beach weather ever. we stopped at labadee, haiti and this was my favorite stop. we rented beach mats and laid out in the warm water, enjoyed the sun in the clear blue sky, and drank the local drink of the day. i was very relaxing and a great final stop: 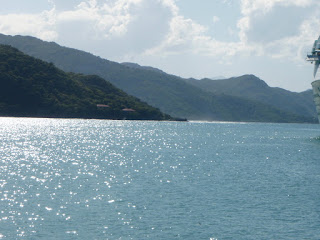 i wouldn't be me if i didn't take a moment to comment on the lovely towel animals that were put at the end of our beds each night. ive seen towel animals before, but they got real creative on some nights, putting my sunglasses on the animals, and even hanging a towel-folded monkey from the ceiling: 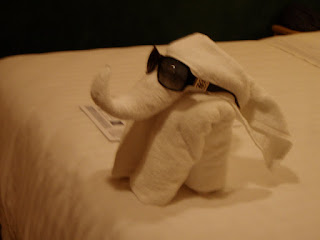 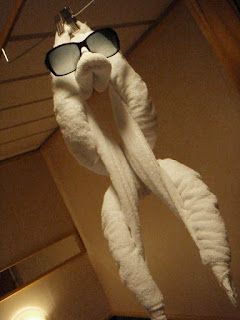 it was a very relaxing few days, but we are definitely happy to have our feet on land and be home, sweet home!

Posted by Unknown at 9:31 AM No comments:

think of the happiest things

... its the same as having wings! eric and i spent the night before halloween with some friends at the national zoo. they hosted an event called "night of the living zoo" and it was a lot of fun. we entered a costume contest with chris and jenna, and lost to a group that dressed up like characters from 'where the wild things are'. that movie just came out and frankly, their costumes were amazing, but hey, second place? i'll take it! 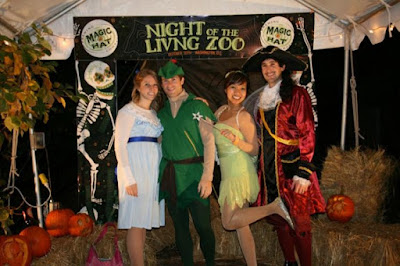 hope you all had a great (and safe) halloween!
Posted by Unknown at 12:54 AM 2 comments: