On my birthday this year, my sweet neighbors along with a couple of glasses of wine convinced me to commit to running a half marathon. The last time I trained for a half, I found out a week prior that I was pregnant with Connor. So I had to take it easy, and since then I have not been able to run more than 3 miles. I had always had in my mind the goal to attempt another race, and this was it.

Eric was out of town on a men's retreat, so Chi Hai so graciously flew out with the twins to hang out with my two rugrats while I ran. She even accompanied me to a Zumba event the night before.


The race was more challenging that I had trained for. While the town where I live is full of hills, the race had a massive incline towards the end. But I kept at it and finished in about 2 and a half hours. Which is probably an hour faster than the last race that I ran.


Training was time consuming and of course tiresome, but with the support of my family, I was able to accomplish a goal that I had put on the back burner. While I would never consider myself a runner, there were times when running felt freeing and therapeutic. So much so, that I have signed up for another race in Aspen this fall!
Posted by Unknown at 4:58 PM No comments:

He is risen in deed! We had just a traditional Easter Sunday. Woke up and made the kids the annual Easter Bunny cinnamon rolls. We partook in some coloring of Easter eggs, and then dressed them up and headed to church. The kids came home with sweet little crafts to symbolize the resurrection of Jesus. We enjoyed a quiet dinner at home, thankful for all that we have because of His sacrifice. 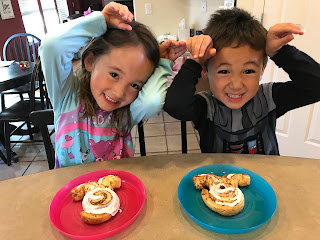 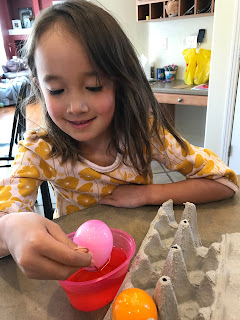 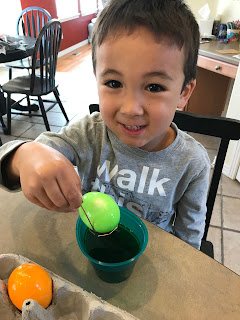 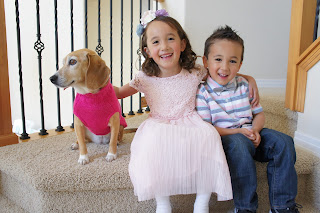 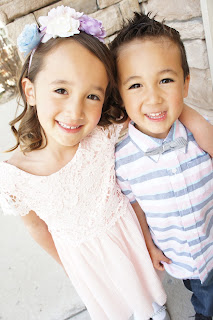 Posted by Unknown at 4:43 PM No comments: